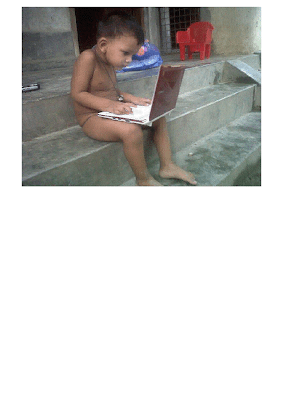 
The growing concerns of the Communist Party of China (CPC) over the destabilising potential of social media networks were reflected during the meeting of the Party Central Committee held at Beijing from October 15 to 18, 2011, under the presidentship of Hu Jintao, Party General Secretary.


2. The special meeting of the Party CC, which was convened ostensibly to discuss and decide on the need for cultural reforms and on measures required to strengthen China’s soft power to enable it to keep pace with its economic power, was also devoted to discussing the concerns of the Party leadership over the difficulties being experienced in preventing the perceived misuse of microblogs to spread dissatisfaction among the people over the sins of commission and omission of the leadership.


3. While the Party and the Government continue to maintain a tight control over the print media, they have not been able to control the dissemination and discussion of information regarding the failings of the leadership in the microblogs. The free discussion by the netizens in microblogs has reduced the relevance of the controlled discussions in the National People’s Congress (NPC), which is the country’s Parliament.


5. Recently, the Government and the Party miserably failed in their attempts to cover up the inadequacies which led to a major train accident. The truth was brought out by the netizens through their microblogs. There have been other similar instances where attempts of the State and the Party to cover up their failings and the inadequacies in policy formulation and implementation were thwarted by alert netizens and tweeple.


6. The magnitude of the problem faced by the State and the party could be guessed from the fact that the number of Chinese users registered on domestic microblog sites such as Sina Weibo and Tencent Weibo reached 195 million by the end of June, a more than threefold increase since the end of 2010, according to the China Internet Network Information Center. That is, nearly about 20 per cent of China’s population---most of them youth--- are now able to discuss among themselves matters of the State and the Party and of public interest without the State being able to exercise any control over their access to information and their discussion on the information thus disseminated through the microblogs. It should be noted, however, that there is a huge difference between registered users and active users. It is estimated that only about one-third of the registered users actively and regularly use the microblogs. Even that number is large.


7. Official denials of what the Government describes as rumours are no longer accepted by the 500 million strong web civil society of netizens, of whom about 195 million constitute the community of tweeple. Recent official denials of tweets about the alleged crash of an Air Force plane during a test flight and regarding some budgetary proposals have been disbelieved by the netizens, who continue to insist in their tweets and posts on the correctness of their information.


8.The Chinese Tweeple, who are using the microblogs as a political weapon to hold the State and the Party accountable for their sins of omission and commission, do not have any motivated agenda to destabilise the Government and the Party and to bring an end to the one-party rule. Since the traditional media and State and party organs do not give them an opportunity to openly voice their grievances and criticisms, they are using the platform provided by the microblogs to do so without any intention of wanting to destabilise the country.


10.The Chinese Government has been trying to counter the anti-establishment soft power of the tweeple at two levels. Firstly, by encouraging the party cells and the Government offices to follow a pro-active policy of making a better use of the social media networks---particularly the microblogs---- to disseminate the correct information and to counter rumours and misperceptions. It has been reported that about 60,000 party cells and government offices are already aggressively using the microblogs for this purpose.


11.Secondly, by exercising pressure on the owners of the social media networks to tighten censorship and control over the main search engine Baidu and the microblogs in order to filter and keep out what the Government projects as rumours and criticism with a potential for destabilisation . Such measures were not very successful in June when rumours regarding the alleged death of Jiang Zemin, the predecessor of Hu as State President and Party General Secretary, spread through microblogs despite the counter-measures taken by the Ministry of Public Security.


12. It is in the light of such incidents and experiences that the Party CC discussed what further measures needed to be taken to eliminate the potential for destabilisation of the social media networks. It is reported that there are 15 such networks in China, of which four are most popular.


13. A statement issued at the end of the meeting, which was published on October 26, vowed to "strengthen guidance and administration of social Internet services and instant communications tools, and regulate the orderly dissemination of information." It also said the Government should "apply the law to sternly punish the dissemination of harmful information."


14. The statement called on China's conventional media (print, TV and radio ) to correctly guide public opinion, to emphasize positive propaganda, and to uphold stability and unity. At the same time, it added that the people should have the right to know what is going on, the right to participate in and monitor events, and the right to express themselves.


15.The State Internet Information Office said on October 26 that it had asked the police to prosecute those responsible for spreading a bogus tax policy announcement and rumours that a fighter jet had crashed, killing the pilot.


17.The growing community of netizens and tweeple have realised their power against the State and the Party and the Government is going to find it difficult now to deprive them of this power. Any attempt to do so through oppressive measures might itself set in motion a destabilising chain of events ultimately threatening the power of the State and the Party in a one-party State. ( 27-10-11)


( The writer is Additional Secretary (retd), Cabinet Secretariat, Govt. of India, New Delhi, and, presently, Director, Institute For Topical Studies, Chennai, and Associate of the Chennai Centre For China Studies. E-mail: seventyone2@gmail.com . Twitter: @SORBONNE75 )
Posted by B.RAMAN at 11:52 AM 2 comments: